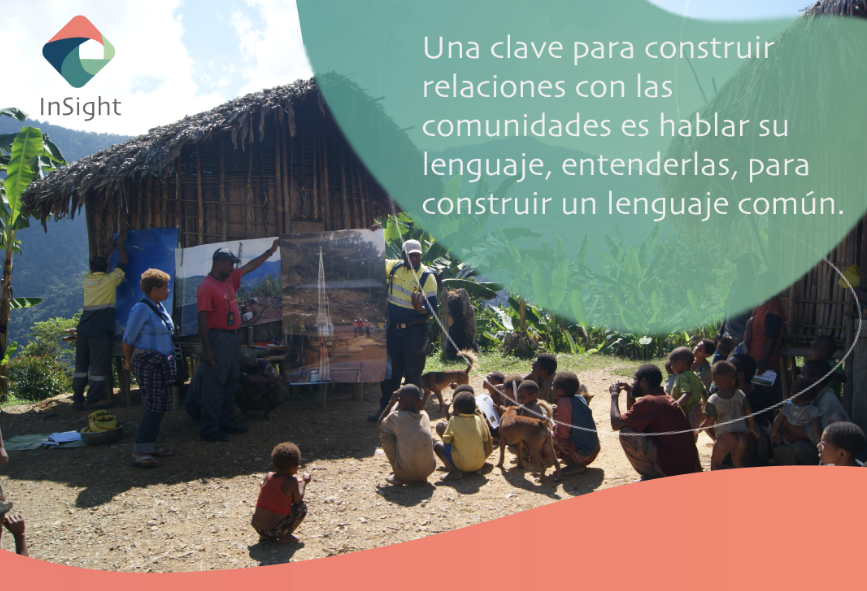 In Colombia we speak mostly Spanish, but we cannot ignore the fact that there are more than 60 indigenous languages that are still alive and are constitutionally recognised. Such is the recognition of our linguistic diversity that one of the fundamental principles of prior consultation is bilingualism, which means that companies must guarantee the service of a translator in a consultative process with ethnic communities.

Let us think for a moment, if speaking the same language, sharing the same customs and habits, and working in the same sector or company, human beings have misunderstandings, how many more difficulties can arise when trying to communicate from different cultures and languages? How many different perceptions and interpretations of the same issue can arise along the way?

For dialogue and consultation processes with ethnic communities, we must be prepared to step out of "our box", out of our way of understanding the world, to get to know the social, economic and cultural realities of our interlocutors, to recognise differences, and to explore common ground.

This requires broadening the perspective and the field of vision, and creating safe spaces for all parties involved to have the freedom to express themselves genuinely; also, creating space for uncertainty and for "not knowing", as not all the rules of the game will necessarily be clear before the dialogue begins. It is not a matter of assuming, but of putting all the details on the table, i.e. the communicative devices that Israel talks about, in order to generate conversations that overcome language barriers.

And it also involves agreeing on the forms, down to the smallest details, such as how to greet, how to address the community leader, whether we sit on the same level or not, whether there will be a ritual or whether photographs can be taken.

Intercultural communication is about understanding, respect and dialogue based on differences, and giving each other permission to build a common world where there is understanding between the parties, who often come from totally different worlds.

InSight´s purpose is accompanying businesses in preparing to meet the demands of today's society, where the expectation isn't just the quality of the product or service offered, but also a proven social will and that they become an active stakeholder in the community.